management
+63
When placing an order please inform the manager that you've learned the information on Allbiz! Thank you that you buy on Allbiz!

C&E Publishing, Inc. was established in 1993 to engage primarily in the business of reprinting and distributing foreign medical and science books with acquired copyright license from foreign publishers.

In the early part of 2001, the company started to invite local authors in the fields of Nursing, Physical and Occupational Therapy, and Psychology, among others, to write for and publish their books with the company. This proved to be a wise move as it led to the publication of some of the best-selling local college textbook titles (in their respective fields of study) in the country today.

As the company's popularity grew, publication proposals started pouring in from authors all over the country, mainly from the medical fields. As part of its expansion in 2002, the company ventured into the publication of locally-authored textbooks for basic education (pre-school, elementary, and secondary levels). In just a little under four years, the company has published over 40 basic education titles with many more still in various stages of production.

A few years later, in 2005, the company started tapping notable personages in the field of Law to have their works published by the company. Publication of trade books—particularly novels—by literary icons followed very soon after. 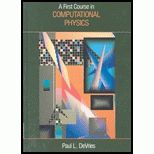 A First Course in Computational Physics book
In stock
The rapid advancement of computational physics has left a gap in the available literature adequately covering this important subject. This book fills that need. It demonstrates how numerical methods are used to solve the problems that physicists face. Chapters discuss different types of...
Group: Training literature
Contact supplier

Fundamentals of Public International Law book
In stock
It is not easily realized how rules in public international law have gone so far in regulating the political, economic and social life of the Filipino community. Traditional modes of thinking and institutions deeply rooted in nationalism and nurtured by the notion of "exclusive domestic...
Group: Legal books
Contact supplier

International Mass Claims Processes: Legal and Practical Perspectives book
In stock
* Analyzes a significant procedural innovation in international law, the development of mass claims processes * Provides practical guidance on how to set up and run a mass claims process by drawing upon the lessons learned from past practice * The 25 members of the Permanent Court of Arbitration`s...
Group: Legal literature
Contact supplier

A Dictionary of Dentistry book
In stock
This first edition of A Dictionary of Dentistry provides over 4,500 definitions covering all the important terms and concepts used in dentistry today. Entries are written in clear and concise English without the use of unnecessary dental or medical jargon, and many entries are supplemented by...
Group: Books on Dentistry
Contact supplier

A Clinical Guide to Dental Traumatology book
In stock
This practical, highly illustrated book describes the treatment and management of commonly encountered traumatic injuries to the teeth. It relates these types of trauma to crown fractures, root fractures, luxation injuries, and exarticulations. A step-by-step reference, this book also discusses...
Group: Books on Dentistry
Contact supplier

A Colour Handbook of Acute Adult Dermatology: Diagnosis and Management book
In stock
This book aims to serve as a comprehensive reference on acute dermatology and is designed to encourage a structured and thorough clinical technique. The sections have been written so that essential information about each disease is summarised in a clear and concise way. Each condition described and...
Group: Medical Books
Contact supplier